June 11, 2011
excerpts from 'Medition on Violence', a film by Maya Deren set to music by Kode 9 & the Spaceape
Recently my gentleman friend discovered this piece of music while listening to CHLY (Nanaimo community radio), by London based electronic/DJ/MC artists Kode 9 & the Spaceape. Throughout the dubstep reggea track is a musical loop taken from the soundtrack of the classic 1954 film 'Seven Samurai' by Akira Kurosawa. An incredible soundtrack that inspires me 'dancewise'... We came across the above video on YouTube and I was taken by the beautiful movement and the music. This lead me to watching the original version and to doing a bit of research about the filmmaker Maya Deren. I came to know of her several years ago when a friend lent me a video of one of her films, "the Divine Horseman, the Living Gods of Haiti". I was blown away and very interested in her work with dance.
Here's a bit of info that I found taken from wikipedia

Maya Deren was born in Kiev, Ukraine to Solomon Derenkowsky and Marie Fiedler. In 1922 the family moved to Syracuse, New York. Her father shortened the family name to "Deren" shortly after they arrived in New York. He became the staff psychiatrist at the State Institute for the Feeble-Minded in Syracuse. In 1928, she became a naturalized citizen of the United States.

She attended the New School for Social Research and received a master’s degree in English literature at Smith College. Her MA thesis was entitled "The Influence of the French Symbolist School on Anglo American Poetry" (1939). After graduation from Smith, Deren returned to New York’s Greenwich Village where she worked as an editorial assistant and free-lance photographer. In 1941, Deren wrote and suggested a children's book on dance to choreographer Katherine Dunham and later became her personal secretary. At the end of a tour, the Dunham dance company stopped in Los Angeles for several months to work in Hollywood. It was there that Deren met Alexandr Hackenschmied (later Hammid), a celebrated Czech-born photographer and cameraman who would become her second husband in 1942.

Deren wrote articles and books, made avantgarde films, conducted "lecture study demonstrations", received a Guggenheim (1947) for creative work in motion pictures, and created a scholarship for experimental filmmakers, the Creative Film Foundation. These efforts established her as an important voice in postwar avant-garde film. In the early 1940s, Deren used some of the inheritance from her father to purchase a used 16 mm Bolex camera. She used this camera to make her first and best-known film, Meshes of the Afternoon (1943), in Los Angeles in collaboration with Hammid. Meshes of the Afternoonis recognized as a seminal American avant-garde film. Originally a silent film with no dialogue, music for the film was composed by Deren's third husband Teiji Itō in 1952.

In 1943, she adopted the name Maya Deren. Maya is the name of the mother of the historical Buddha as well as the dharmic concept of the illusory nature of reality. In Greek myth,Maia is the mother of Hermes and a goddess of mountains and fields. Also in 1943, Deren began making a film with Marcel Duchamp, The Witches' Cradle, which was never completed.
In 1944, back in New York City, her social circle included Duchamp, André Breton, John Cage, and Anaïs Nin.
Deren's second film was At Land, which she made in 1944. She made A Study in Choreography for the Camera in 1945. Ritual in Transfigured Time was made in 1946, which explored the fear of rejection and the freedom of expression in abandoning ritual.
In 1946 she was awarded a Guggenheim Fellowship for "Creative Work in the Field of Motion Pictures". In 1947 she won the Grand Prix Internationale for 16 mm experimental film at theCannes Film Festival for Meshes of the Afternoon.
Deren's Meditation on Violence was made in 1948. Chao-Li Chi's performance obscures the distinction between violence and beauty. Halfway through the film, the sequence is rewound, producing a film loop.
In 1958, Deren collaborated with the Metropolitan Opera Ballet School and Antony Tudor to create The Very Eye of Night.
Deren distributed her own films and promoted them through lectures and screenings in the United States, Canada, and Cuba. She lectured on film theory and Vodoun. She wrote, directed, edited, and performed in her own films.

Throughout the 1940s and 50s, Deren attacked Hollywood for its artistic, political and economic monopoly over American cinema. She stated, “I make my pictures for what Hollywood spends on lipstick,” and observed that Hollywood “has been a major obstacle to the definition and development of motion pictures as a creative fine-art form.” She set herself in opposition to the Hollywood film industry’s standards and practices.

When Maya Deren decided to make an ethnographic film in Haiti, she was criticized for abandoning avantgarde film where she had carved her place, but she was ready to expand to a new level as an artist. The Guggenheim grant enabled Deren to finance travel to Haiti in 1947 and to complete her film "Meditation on Violence". She went on three additional trips through 1954 to document and record the rituals of vodoun. A source of inspiration for ritual dance was Katherine Dunham who wrote her master’s thesis on Haitian dances in 1939, which Deren edited. Afterwards Deren wrote several articles on religious possession in dancing before her first trip to Haiti. Deren not only filmed, recorded and photographed many hours of vodoun ritual, but also participated in the ceremonies. She documented her knowledge and experience of Vodoun in Divine Horsemen: The Living Gods of Haiti (New York: Vanguard Press, 1953), edited by Joseph Campbell, which is considered a definitive source on the subject.
Deren filmed 18,000 feet of Vodoun rituals and people she met in Haiti. The footage was incorporated into a posthumous documentary film Divine Horsemen: The Living Gods of Haitiedited and produced by Teiji Itō and his wife Cherel Winett Itō (1947–1999) in 1977. All of the original wire recordings, photographs and notes are held in the Maya Deren Collection atBoston University's Howard Gotlieb Archival Research Center The footage is housed at Anthology Film Archives, New York.
original version of Maya Deren's Meditation on Violence 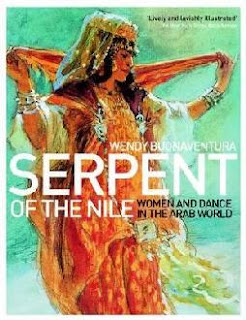